Music news, views and some other stuff
Leave a comment

Posted by edieandeverything on May 2, 2012 in News, Videos

Rita Ora performed her single R.I.P. on the 1st of May outing of Later…with Jools Holland. The track samples one of my favourite songs 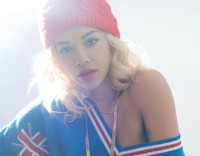 (Chase and Status’ remix of Heartbeat by Nneka) so I can’t help but like it.

It has been well documented that the song was first offered to Rihanna and so, subsequently, comparisons have been made in abundance. Yes R.I.P. does sound similar to a Rihanna track, with the official video looking a bit too similar to something Rihanna would do – however, it is a good song and Rita’s voice makes it her own.

I didn’t think of Rihanna once when watching the Jools Holland performance, nor did I think Rita was trying to mimic any other artist. I just thought the same thing I always do when I hear her – the girl has talent.

I’m really excited to see what Miss Ora is going to do next. What about you?

Posted by edieandeverything on April 30, 2012 in News, Videos

‘I must have left a thousand times, But there’s a small town in my mind’

Regina Spektor has released the latest song from her forthcoming album What We Saw From the Cheap Seats. The album, produced by Mike Elizondo, is set for release in May. This latest track, Small Town Moon, follows on from the Little Mermaid sounding Don’t Leave Me (Ne Me Quitte Pas) and the brilliant All The Rowboats.

To be honest, I’m not particularly fond of Small Town Moon; whilst I love the lyrics it feels like the arrangements are slightly off.

You can check out Small Town Moon below. I have also added Hero, a bonus track from her 2006 album Begin to Hope, just because it is my absolute fave song of hers.

Posted by edieandeverything on April 28, 2012 in Cover I'm Loving, Soundtrack to my Life, Videos

‘When I was your girlfriend, you always let me go’

This is my second post about Marina and The Diamonds in the past few days, but hey she’s great! Marina popped in to the folk at Live Lounge last week to perform some tracks from her new album, with her appearance including the customary Live Lounge cover.

Whilst I am not a fan of the original (sorry Beebs), I love this version. Marina brings to it the same level of sorrow-filled beauty she placed on her previous Live Lounge cover of 3OH!3’s Starstrukk – which if you haven’t heard yet you should really do yourself a favour and give it a listen now:

Posted by edieandeverything on April 27, 2012 in News, Videos

‘Come upstairs and I’ll show you where all my, where my demons hide from you’ 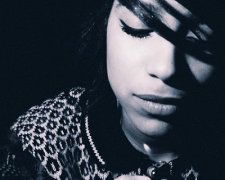 Lianne La Havas releases the single Lost and Found on April 29th – and it is seriously good. The lyrics, combined with her emotion-filled voice, are raw. Quite simply, it feels like we are getting a very real look in to a moment of heart-break and despair.

What do you think?

Time for some TLC? Yes please.

Posted by edieandeverything on April 26, 2012 in News, Videos 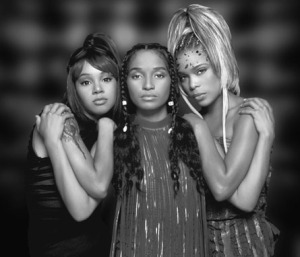 In a day dotted with news of reunions, with rumours of The Smiths unfortunately untrue (ehem, music-news.com!), some very good news, and actually based on credible sources, is TLC’s return to the stage!  Tionne T Boz Watkins  and Rozondo Chilli Thomas have reportedly booked a comeback tour to mark the 10th anniversary of the death of Lisa Left-Eye Lopes – with the rapper appearing on a screen.

Whilst of course the reunion will carry the sadness of the tragic loss of Left Eye, the comeback tour will be a great celebration of an incredible talent and a band which provided serious, empowering messages in songs that got in your head, had you hitting the replay button and, to this day, have many women feeling inspired.

Getting a ticket to this one.

Posted by edieandeverything on April 26, 2012 in News

NME have reported that the story on music-news.com about The Smiths reforming is, unfortunately, untrue. Sources close to the band and in the industry have denied the rumours completely.

The Smiths to Reform?

Posted by edieandeverything on April 26, 2012 in News, Soundtrack to my Life, Videos

According to recent reports from music-news.com The Smiths are set to reform! The band, who split acrimoniously in 1987, are rumoured to have been inspired by the recent reunion of other bands, such as The Stone Roses and, having set their differences aside, look set to make an announcement very soon. Despite their clashes in the past, Morrissey and Marr’s songwriting partnership is legendary – and many fans, myself included, would jump at the chance to see The Smiths live.

Tags: let me get what i want, marr, morrissey, Music, news, reunion, the smiths Permalink

Error: Twitter did not respond. Please wait a few minutes and refresh this page.

edieandeverything
Create a free website or blog at WordPress.com.